I just had a strange thing happen. It was revealed that I had a typo in one of my own answers regarding a reference number (chopped off a number). So I went into my answer to fix it, and when I went to save, it gave me all kinds of prompts about the edit not being more than 6 characters, no edit summary message, and when I was done it prompted: 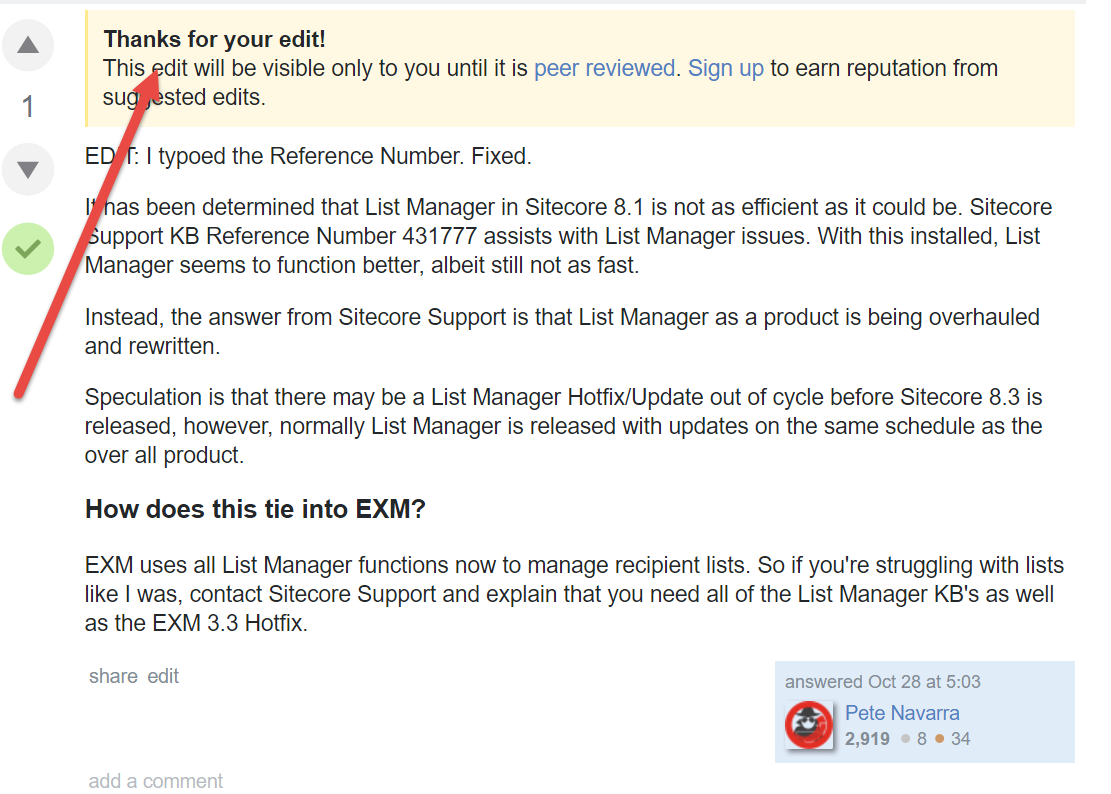 I thought that odd. I refreshed the page and saw I had a "Review" task... which was to review my own edit... I approved it?

I've not had this issue before, and my rep has been high enough to edit pretty much anything without prompting.

Most likely, you were simply not logged in to the site at the time. It could be that you attempted to edit from an incognito window. The system behavior exactly matches this—your post is now shown to have been edited by Community.

Not the answer you're looking for? Browse other questions tagged support status-completed .

This site is for discussion about Sitecore Stack Exchange. You must have an account there to participate.

3
Review queue indicator seems “off”
8
How long should I wait before prodding someone to chose an answer
3
Should simple comments that trigger an update to the question/answer be flagged as no longer needed?